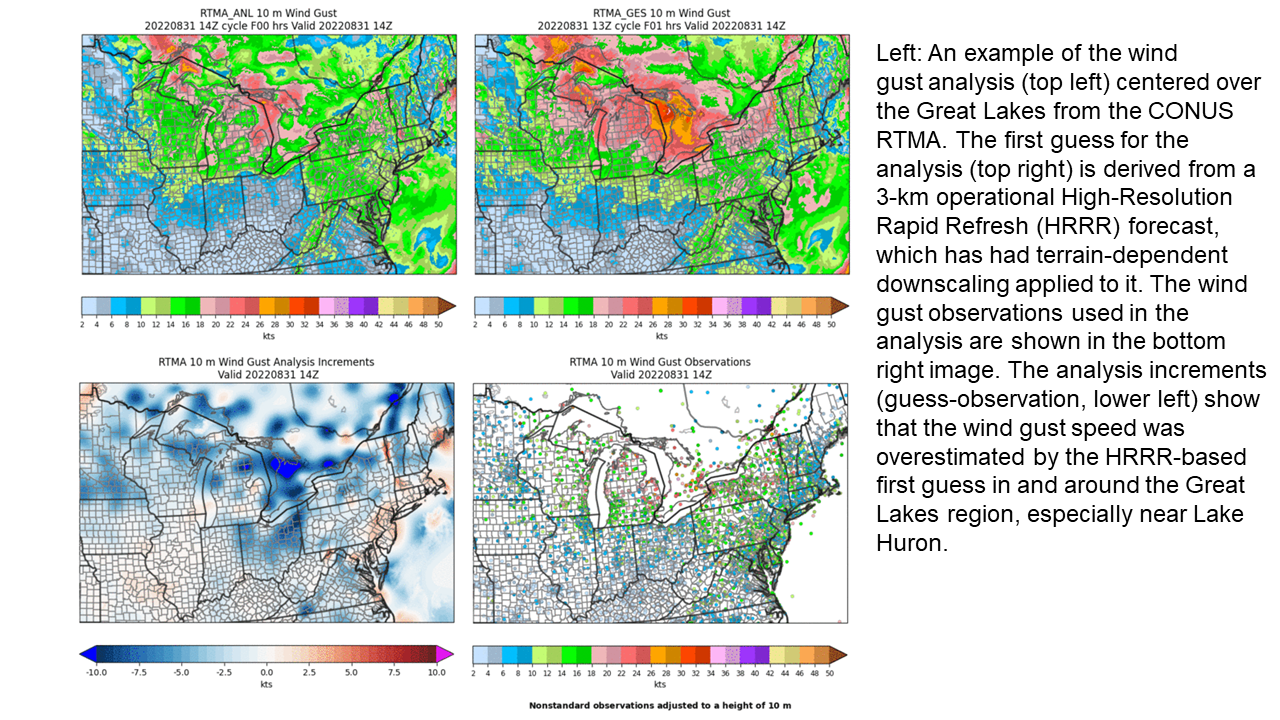 The Real Time Mesoscale Analysis (RTMA) and the UnRestricted Mesoscale Analysis system (URMA) are 2DVar analysis systems that provide analyses of National Digital Forecast Database parameters for CONUS, Alaska, Hawaii, Puerto Rico, and Guam. The RTMA is run hourly for all domains to provide situational awareness. The URMA is also run hourly but with a six hour time delay to capture late arriving data at NCEP. While RTMA is considered for situational awareness the URMA is considered for verification/validation. The URMA also serves as a critical component in the National Blend of Models (NBM) program, as it is used for calibration and validation.  As of December 2017, a new Rapid Update version of the RTMA (RTMA-RU) was implemented.  This system provides a new analysis every 15 minutes and is for users in need of fast, low-latency analysis products (e.g. the aviation community).

Documentation for RTMA/URMA can be found at the official COMET site.

WHERE TO FIND GRAPHICS FOR THE RTMA-URMA/RTMA-RU

Official guidance for the operational CONUS, Alaska, and Guam RTMA systems can be found at the Model Analysis and Guidance (MAG) web page. The MAG page is supported 24 hours a day and 7 days a week.

EMC maintains a web page of RTMA/URMA/RTMA-RU graphics that supplements the NCEP MAG site. EMC-generated web pages are experimental and not subject to 24/7 support, and will be unavailable during computer outages.

The precipitation analysis is mapped from the 1km radar-only MRMS ConUS QPE.

The very first version of RTMA was implemented on August 22nd, 2006. A comprehensive list of all RTMA/URMA implementations can be found at the EMC Mesoscale Systems Reference Page. 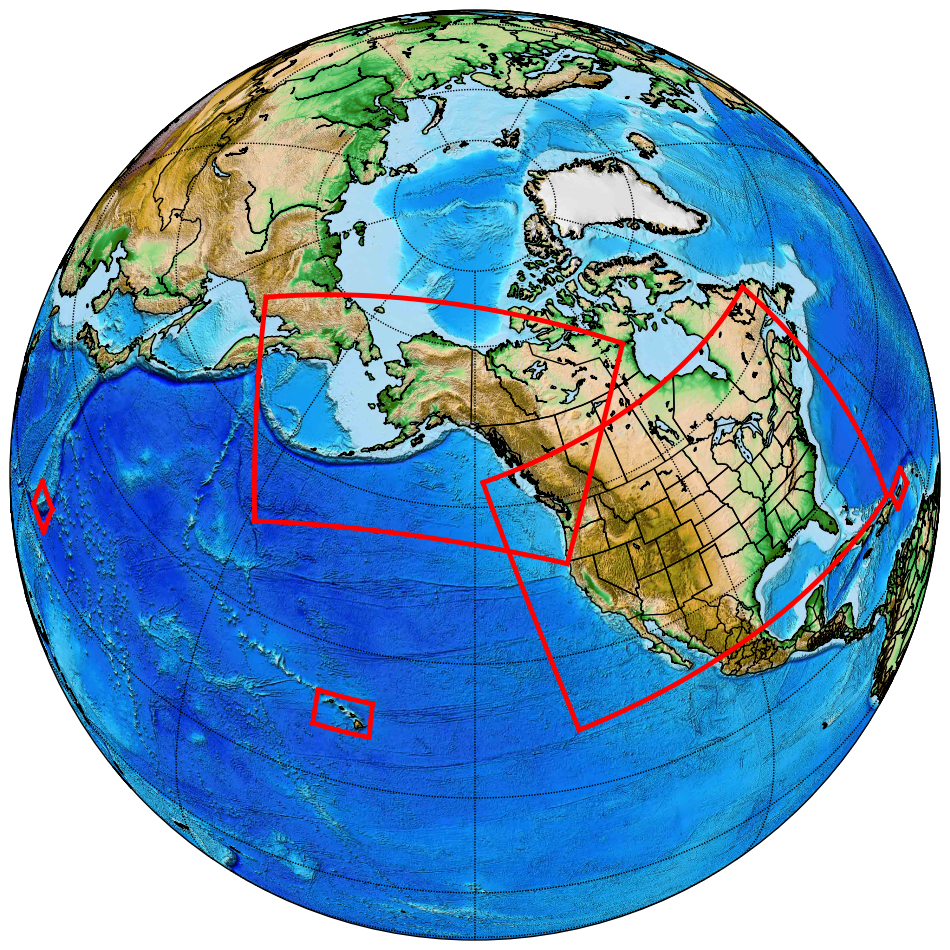 Figure 1 : Domains for which the RTMA analysis is run in NCEP Production.

A second application of the same RTMA/GSI software is the Un-Restricted Mesoscale Analysis (URMA; Pondeca et al. 2015), which uses additional, late-arriving observations that did not make the RTMA data-cutoff in real time.  URMA is executed by running the same RTMA system, but 6 hours later in time, to pick up the late-arriving observations.  URMA includes all analysis variables found in RTMA as well as max/min 2-m temperature, max/min 2-m relative humidity, and significant wave height.  URMA is the "Analysis of Record" for the NWS (including the National Blend of Models), against which operational forecasts will be verified.  URMA produces analyses for CONUS, Hawaii, Alaska, and Puerto Rico (see Figure 2).

The first version of URMA was implemented December 18th, 2013. The precipitation analysis is mapped from the 4.7-km NCEP Stage IV (from River Forecast Center QPEs) over ConUS/AK/PR, and gauge-corrected MRMS and CMORPH in the offshore regions of the ConUS grid. 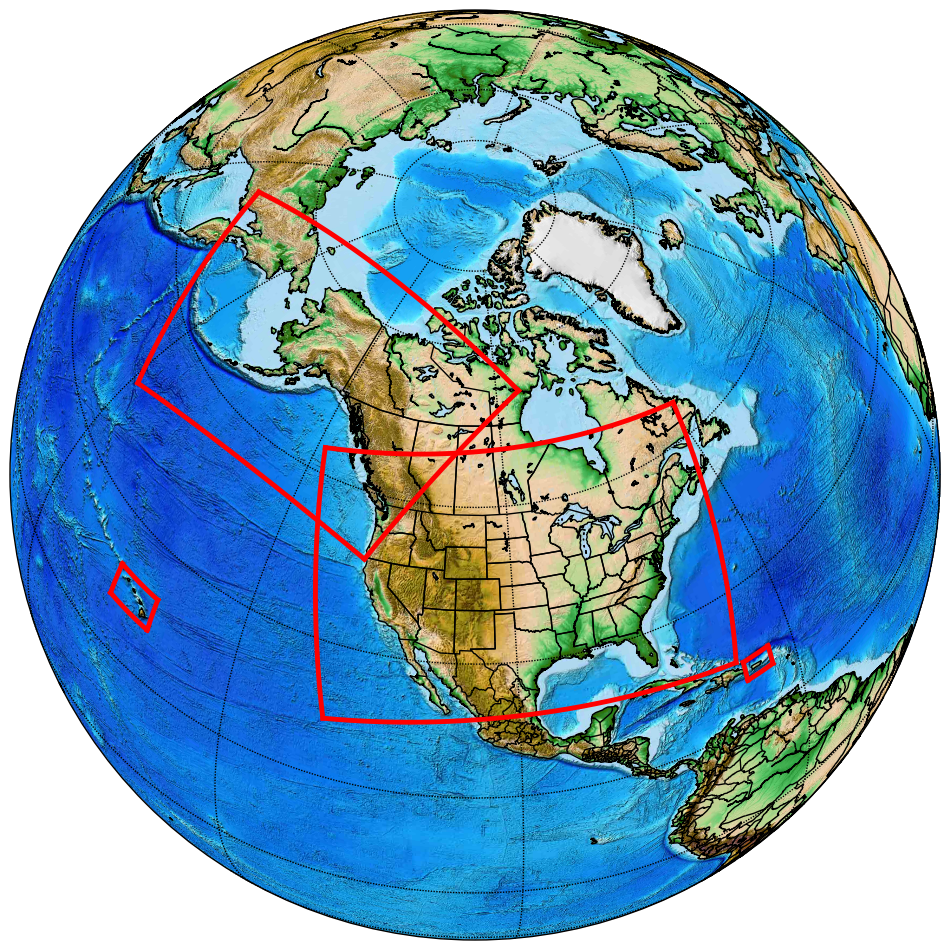 Figure 2 : Domains for which the URMA analysis is run in NCEP production.

The Rapid Update version of the RTMA system (RTMA-RU; Yang et al. 2017) updates at a 15 min interval with a <20 min latency for aviation customers, with special focus on Helicopter Emergency Medical Services.  RTMA-RU produces an analysis every 15 minutes for CONUS (see Figure 3).

The first version of RTMA-RU was implemented December 13th, 2017. 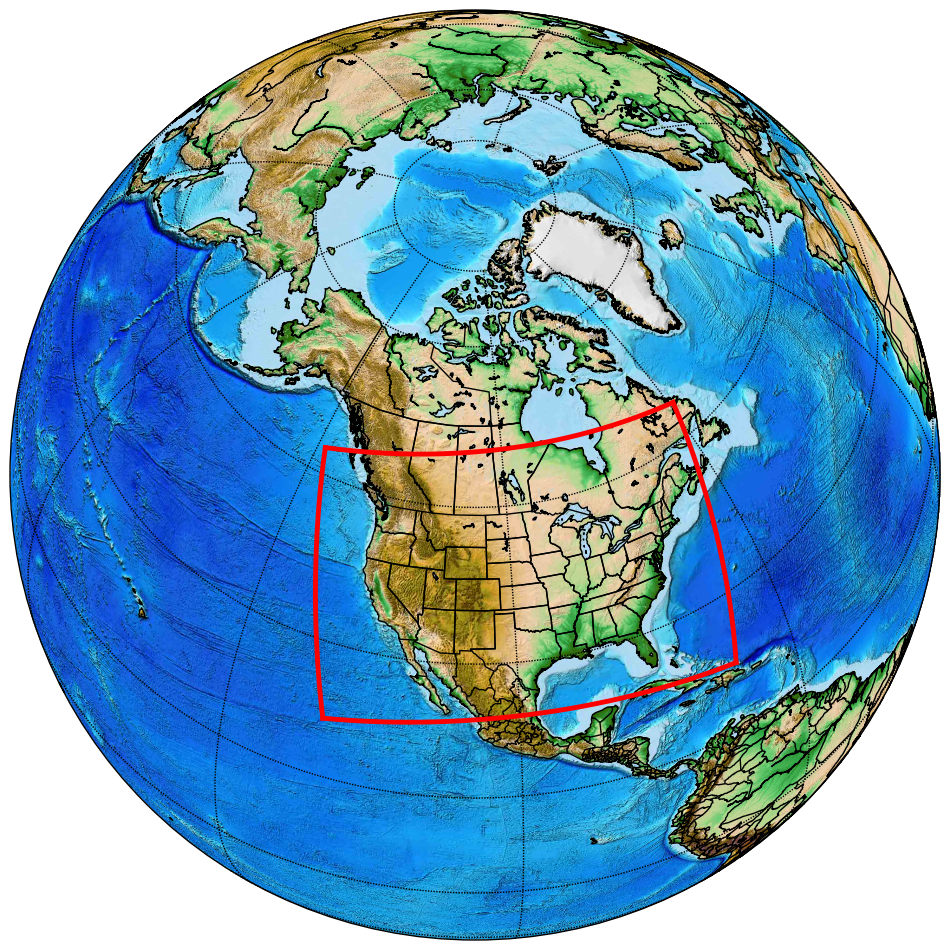 Figure 3: The CONUS domain for which the RTMA-RU system is run in NCEP Production.